Magnetic Abuse is an Arcade Space Shooter with a twist. Your ship is weaponless. The only way to fight back is to steal the enemy's guns and attach them to your ship. You will need to dodge all the bullets, manage your arsenal and defeat your enemies all at the same time if you want to survive. The main inspiration for the game is Jamestown. 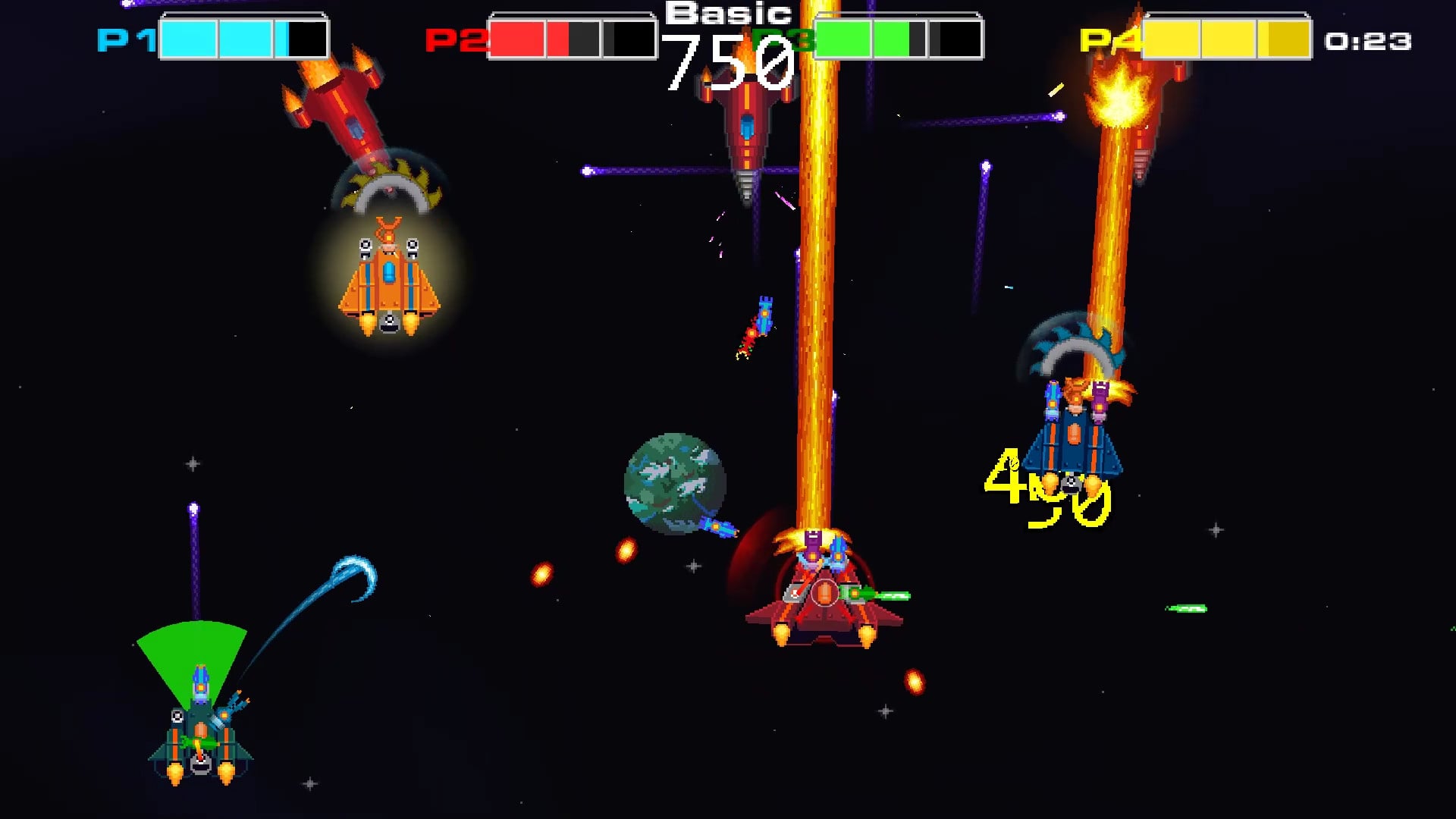 The good and "unique" stuff

- You start unarmed and you need to take weapons from dead enemies and attach them to one of the four magnets on your ship in order to fight back.

- There are 8 weapons. Each one works differently and has a trick to use it most effectively. Wanna try having 4 sawblades or 4 beams as weapons? Be my guest. 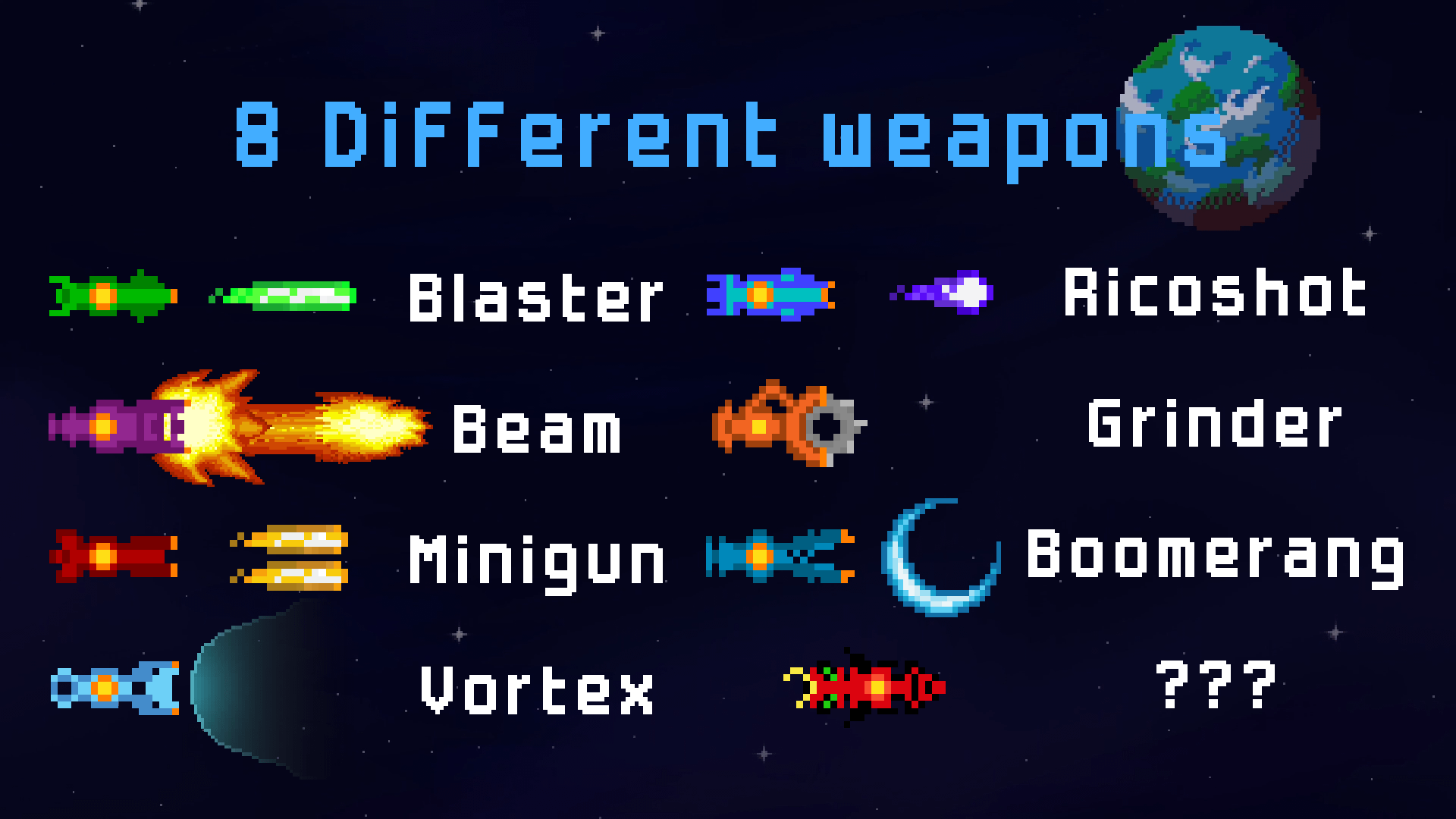 - The game can be played with 1-4 players but if you don't have controllers don't worry. You can assign one player to the keyboard and another to the mouse.

- If you die while playing co-op you become a small buffed blaster. You cant move but you can shoot and aim anywhere. Your friends can pick you up like any gun and revive you when they have enough Core energy.

- You can load ANY image you want and use it as your ship. After doing so you have to set the hitbox position and the weapon attachment point's position and rotation. And voila...you got Patrick in space. You can have 4 custom ships. 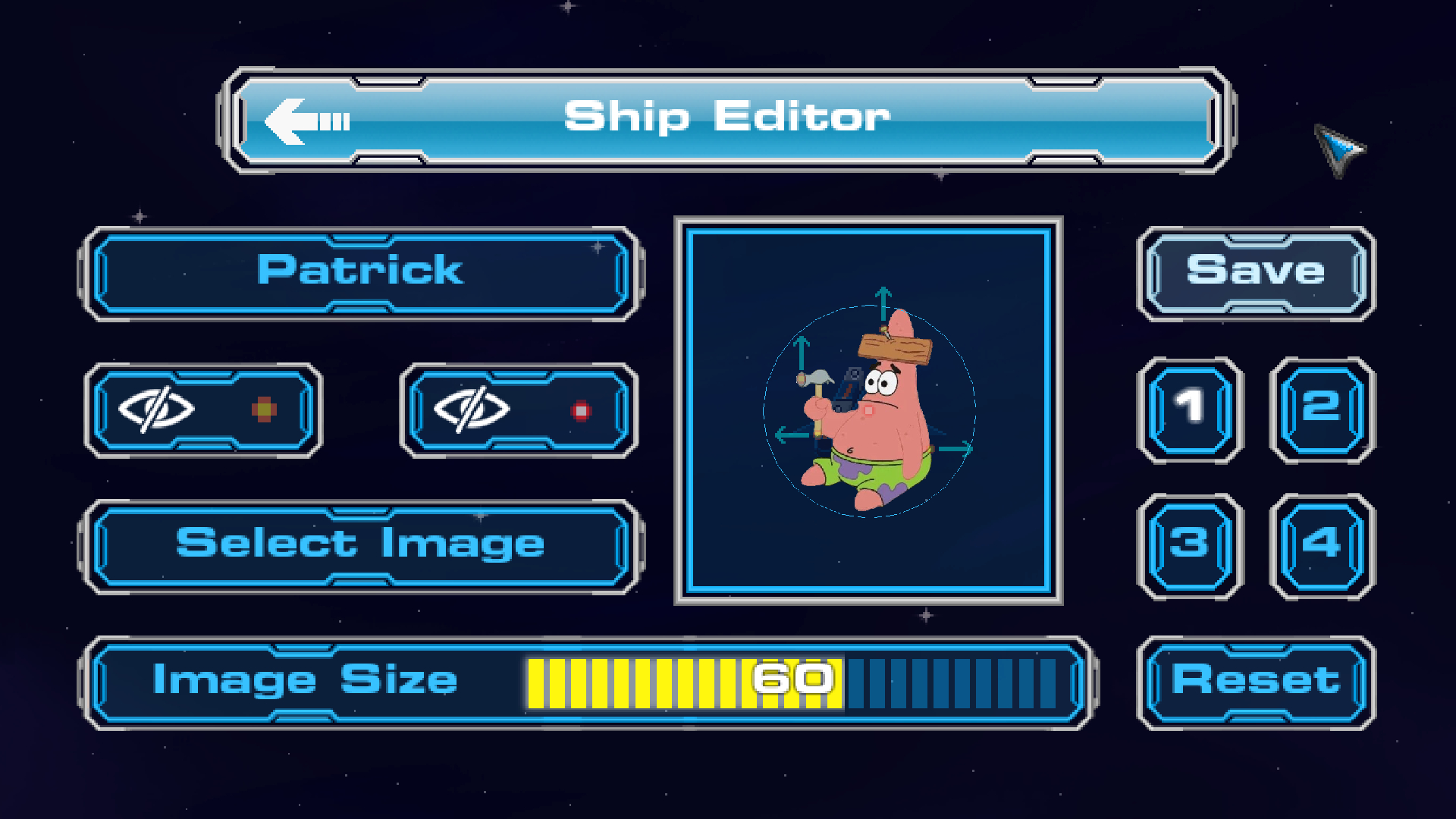 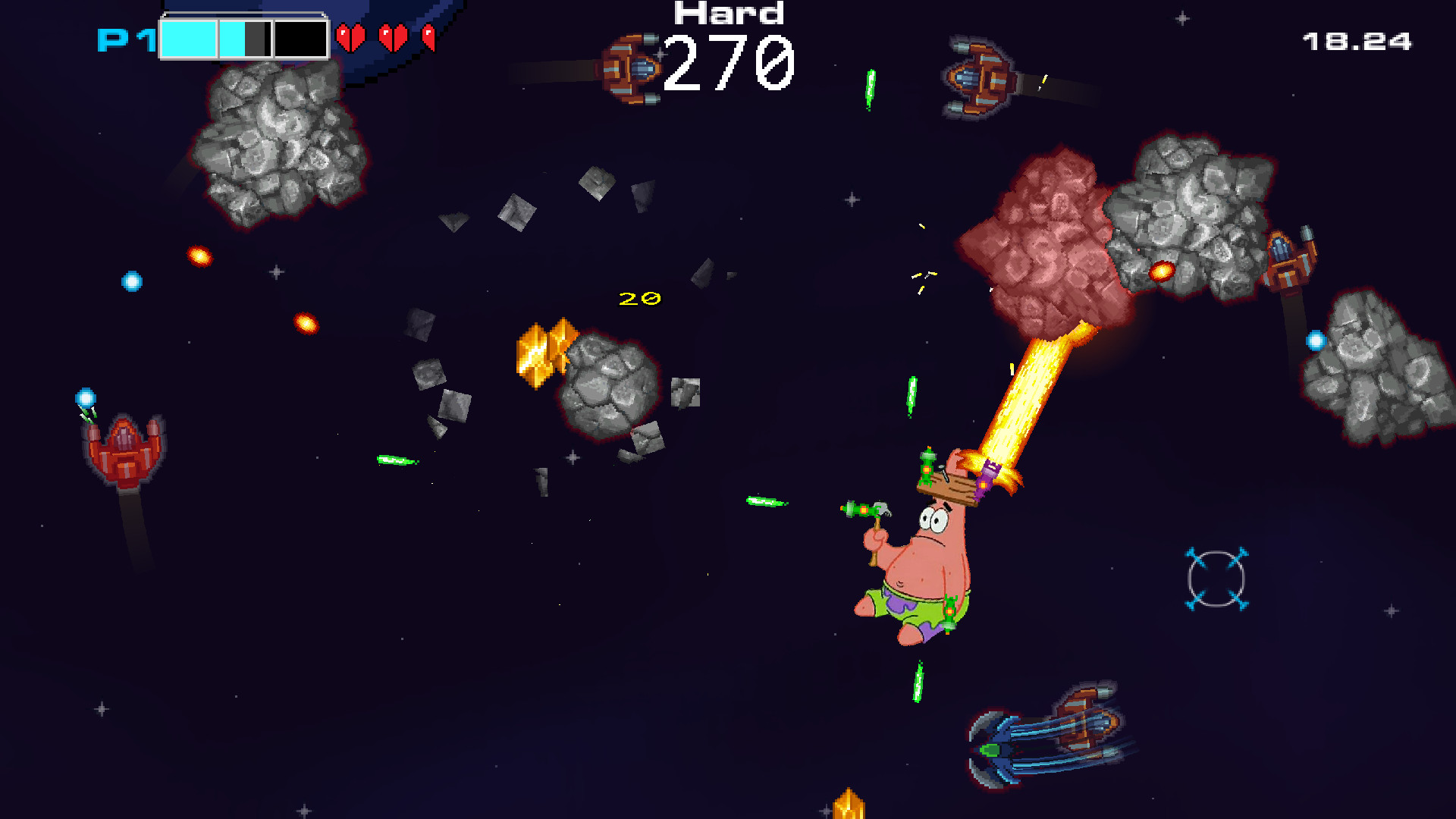 The other good stuff

To learn how to play check out the short tutorial in the level select menu and then feel free to test your abilities in the safe practice level.

The game has been released! The price is 3$ to get the full version.
The Demo is still available but keep in mind the game has been polished a lot since that. Will update the Demo soon though.

In order to download this game you must purchase it at or above the minimum price of $3 USD. You will get access to the following files: